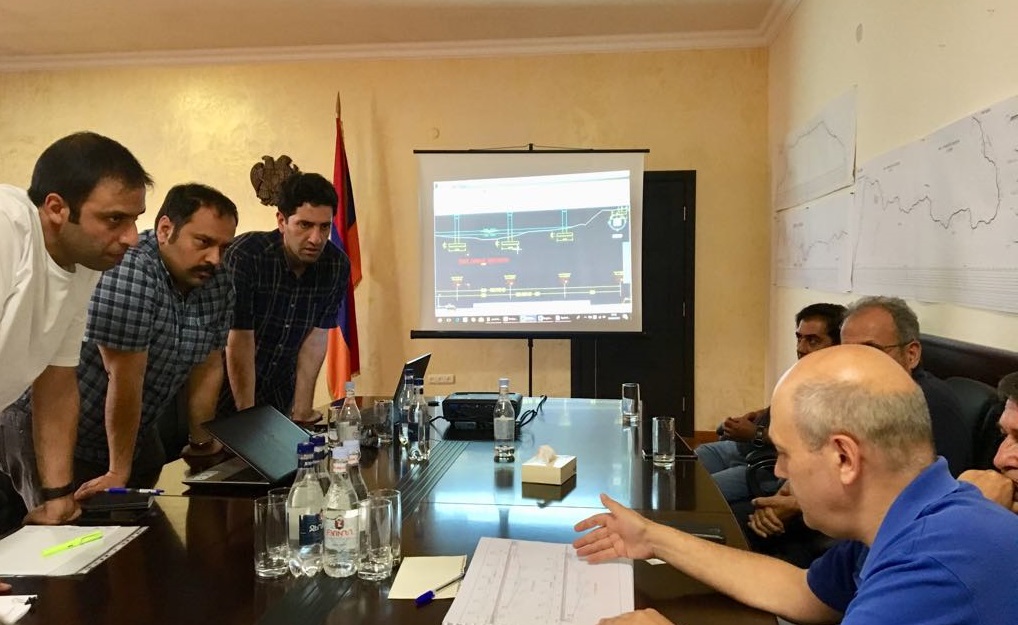 Iranian Tunnel Sadd Ariana Company, which has won the tender for the design and construction of a Bagratashen new bridge, has presented the bridge design to the employees of the Transport Project Implementation Organization and reputable bridge specialists. The geometrical parameters of the bridge, the final results of the bridge structural studies and the geological research of the site have been discussed in detail.

It should be noted that the length of the new bridge to be built on the Debed River, which will be called "Barekamutyun", will be about 200 meters. Two separate parallel bridges will be built. There will be two lanes in each direction.

The bridge construction is an Armenian-Georgian joint project. 50% of amount needed for construction will be paid by Armenian, 50% by Georgian side.

Designer-consultant has presented the final project to the Georgian side as well, listening to its observations. A multilateral meeting will be organized in the near future with the participation of the Armenian, Georgian and designer parties.

The representatives of the design-consultant responded to the employees of the Transport Project Implementation Organization, Mr. Hakob Gyulzadyan, Head of Roads and Bridges department of  State University of Architecture and Construction and Mr. Artashes Sargsyan, PhD in technical sciences. They noted that the design was carried out in accordance with international standards, taking into account seismic stability and many other issues.

Mr. Hakob Gyulzadyan, talking about the bridge project, noted that they had been presented with a project that could be implemented. Mr. Gyulzadyan also mentioned that he had submitted his observations on some issues to the designer-consultant.