Implementation of the EIB Funded Infrastructural Projects In Armenia Were Discussed 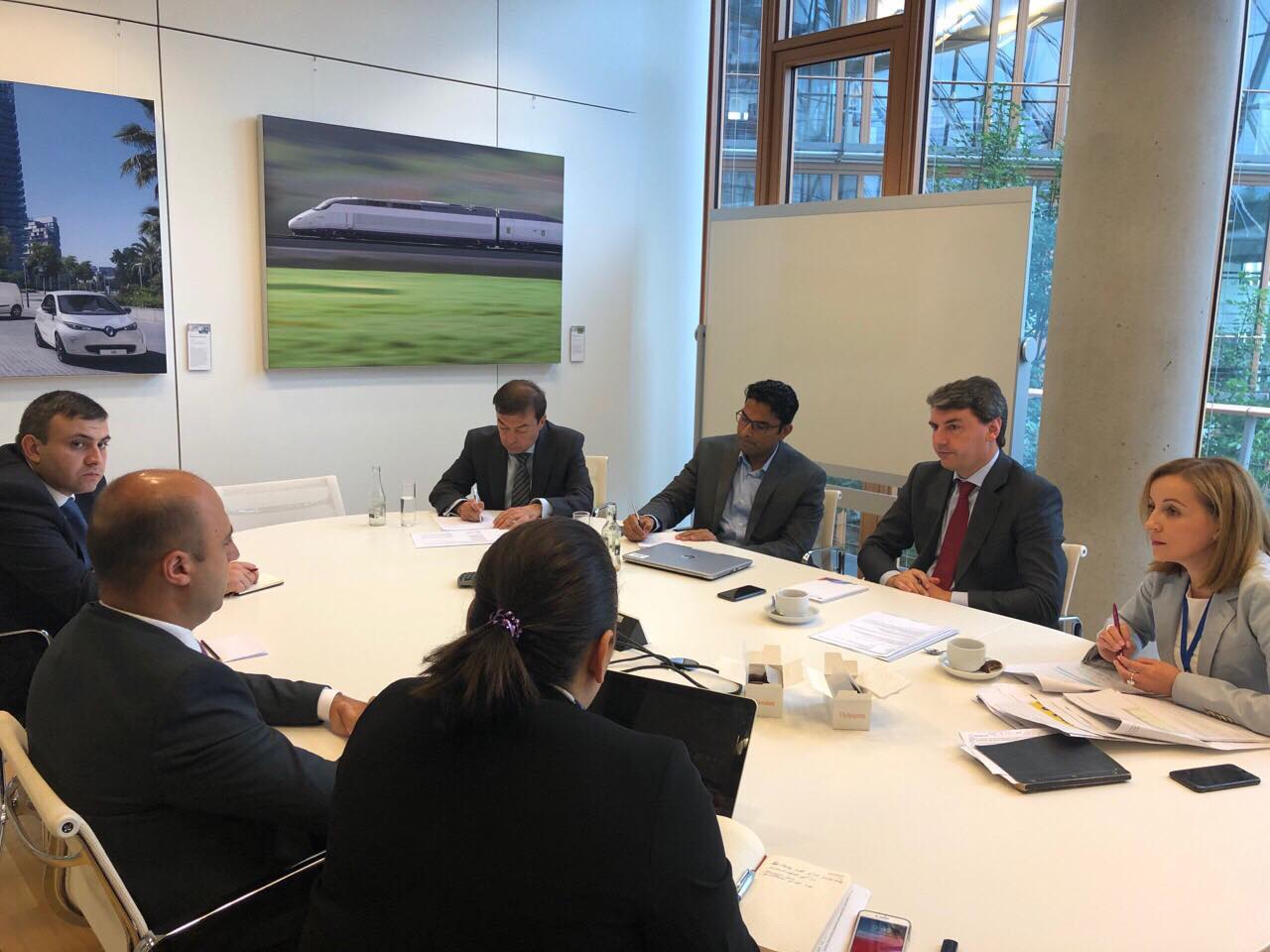 During the visit to Luxemburg on 6 June, 2019 Mr. Bagrat Badalyan, Deputy Minister of Territorial Administration and Infrastructure of RA and Mrs. Christine Ghalechyan, Acting General Director of the "Transport Project Implementation Organization" SNCO met with the representatives of the European Investment Bank (EIB).

The infrastructure projects of the Bank's financing, in particular, the process of implementation of the Tranche-3 (Lanjik-Gyumri road section) of the North-South Road Corridor Investment Program was discussed. The parties spoke about the progress and risks of the work, they discussed M6, Vanadzor-Alaverdi-Georgia border Interstate Road Rehabilitation and Improvement Project as well.

The parties also touched upon the prospects of implementation of the Tranche-4 (Sisian-Kajaran section) of the North-South Road Corridor Investment Program and the possibilities of the EIB's participation in the Project implementation.

Issues related to the implementation of road safety measures in Armenia, the road safety agreement with the EIB were discussed during the meeting.

An agreement was reached with EIB representatives to organize a workshop in Yerevan in September dedicated to that topic.