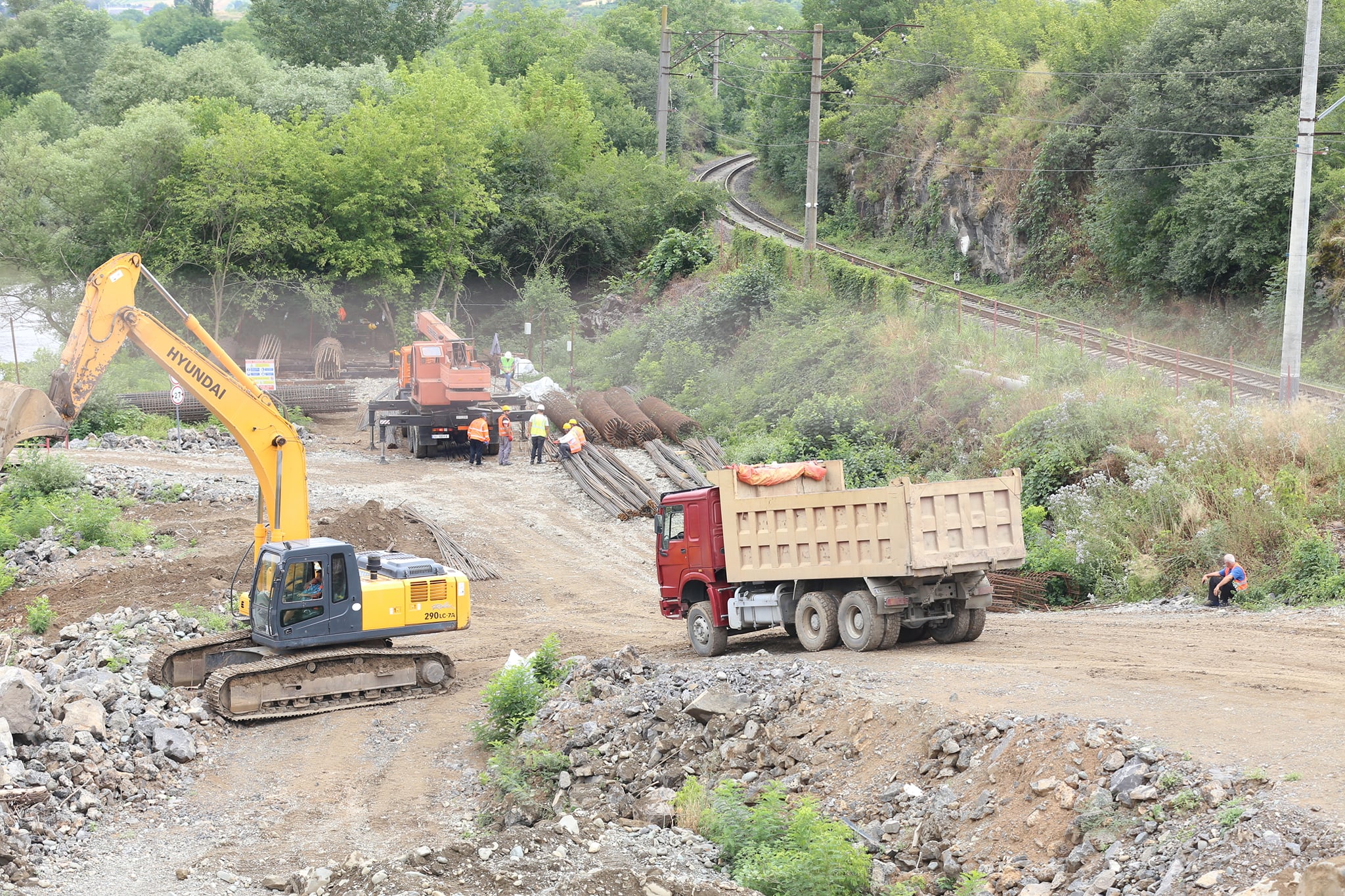 The construction of a new bridge – linking Armenia and Georgia over the Debed River near the Sadakhlo-Bagratashen border checkpoint, launched on July 9.

Head of the construction project Izabela Muradyan told reporters that the old bridge has been damaged and is no longer capable to serve the cargo and passenger transportation.

She informed that the new bridge consists of two bridges, parallel to one another, with two traffic lanes. The new bridge will be more convenient for traffic and will avoid queues of vehicles.

“The bridge will be 160 meters long. It will have two-way roads, with a slope of about 2% from Armenia to Georgia. The Debed River passes in the middle of the bridge, which is the border between Armenia and Georgia. The construction will cost 7 million 300 thousand Euros. It is expected to be completed in May 2022”, she said.

Mr. Suren Papikyan, Acting Minister of Territorial Administration and Infrastructure informed that the issue of constructing the bridge has been discussed since 2012, but the construction didn’t begin for key reasons. “As a result of our joint efforts we managed to reach to the point that these works started. Armenia’s northern direction, road not only with Georgia, but also with other countries, including our main partner Russia passes through this bridge. Of course, we have other checkpoints, but this is the most intensively operated route because the road leading to Lars passes through this”, Suren Papikyan said.

The project is funded by the European Bank for Reconstruction and Development, the governments of Armenia and Georgia.