Suren Papikyan: "I Have Received Only Positive Feedback About The Lifeline Road Network Improvement Project" 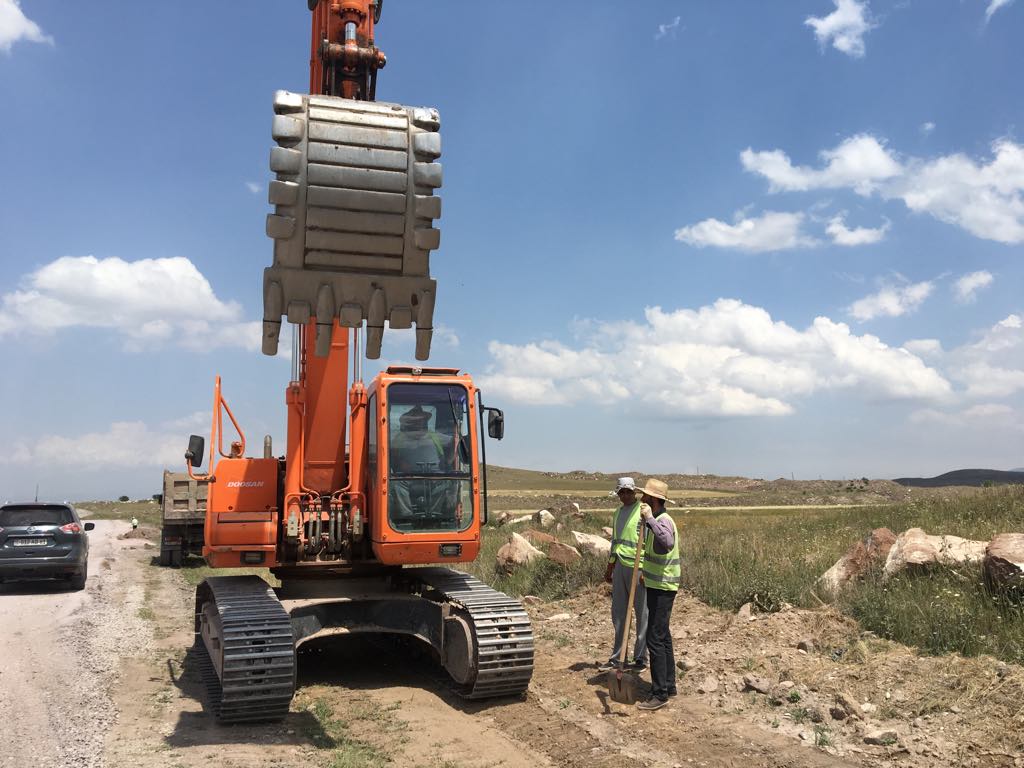 In the Aragatsotn region, the Minister visited the the H81-Talin-Tsamakasar-Nor Artik-H 75 and M1-Hayrenyats-Tufashen-H 83 highways and got acquainted with the current work. The 7.1 km of the H81-Talin-Tsamakasar-Nor Artik-H 75 (10.9km) road passes through the Aragatsotn region and 3.8 km is Shirak region connects four communities - Tsamakasar, Suser, Nor Artik and Bagrevan to each other.

The head of the contractor ("Blesk" LLC) mentioned that though, according to the contract, the completion of construction works was scheduled for next spring they would do their best to complete the road rehabilitation in 3-4 months.

Mr. Papikyan discussed the process of work with the contractors, highlighting the quality of the construction and without any defects. Considering the increase in road work the Minister inquired about construction possibilities of the organization. It should be noted that one of the principles of the Lifeline Road Network Improvement Project, funded by the Government of the Republic of Armenia and the World Bank, is to rehabilitate vital roads through local construction companies.

Then Minister Papikyan visited the M1-Hayrenyats-Tufashen-H83 road section (10.45 km). The restoration work was carried out by "Kapavor" LTD. It is noteworthy that the residents of local communities were primarily involved in the rehabilitation work of vital roads. The project, thus helped people to solve their social problems, in many cases to keep them from going abroad for work.

From Shirak region, the Minister left for Lori, where he got acquainted with the works being carried out on the reconstructed section of the M7-Mets Parni-Tsaghkaber 6.8 km long. In that section the contractor was the "Chanaparh" LLC. Mr. Gagik Palyan, Head of Mets Parni noted that the residents of the community had been for the road renovation for more than 30 years. And they must do everything to take of the road.

Mr. Papikyan underlined that he would meet with builders in the monthly regime. Suren Papikyan noted that during the past two months he talked with the community leaders and residents about the Lifeline Road Network Improvement Project and received only positive feedback.