The Road of Getap Village has been Completed 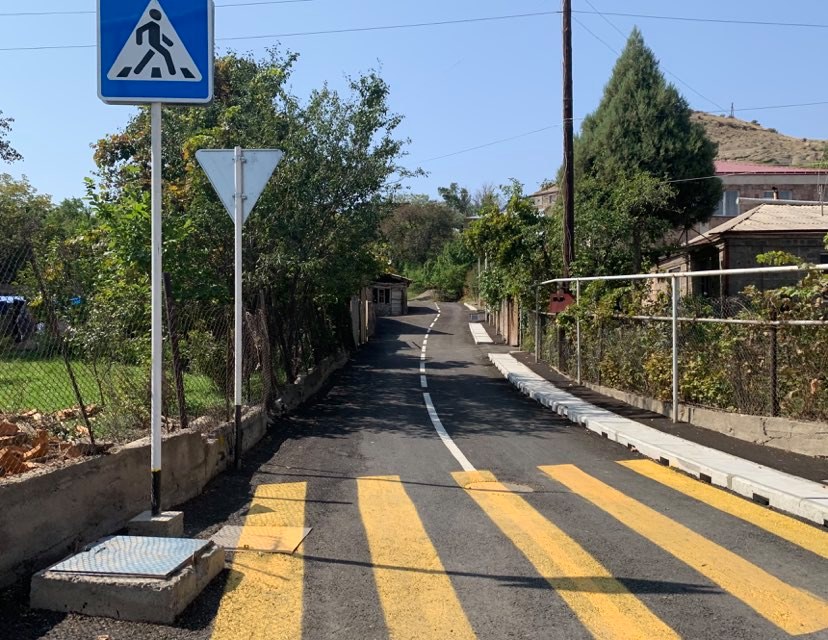 The restoration works of the 2.8 km long Lifeline Road M2-Getap (Vayots Dzor region) have been completed. The members of the commission set up by the order of the RA Minister of Territorial Administration RA visited Vayots Dzor region to study the work done.

The road was renovated within the framework of the Armenia Lifeline Road Network Improvement Project (Additional Financing) funded by the World Bank and RA Government.

The subgrade has been restored: 4126 cubic meters of earthworks were carried out, the roadway was restored, the drainage system‚ concrete retaining walls have been constructed and other works have been done.

Mr. Armen Movsisyan, head of Gladzor community noted that the proposals made by them during the construction were accepted by the Contractor and Employer. He expressed his satisfaction with the works executed. The residents of Getap were also satisfied with the construction works. They mentioned that the road had not been repaired since the 1970s, they finally got rid of the dust.

Mrs. Lyudmila Aghabekyan, head of Armenia Lifeline Road Network Improvement Project noted that during the implementation of the Project in Getap additional works were performed and the volumes of construction were increased.

Mr. Gor Avetisyan, Chairman of the Commission and Adviser to the Minister of Territorial Administration and Infrastructure of the Republic of Armenia stressed in a conversation with Getap residents that they should be careful not to damage the road signs as the road signs ensure traffic safety.