THE CONSTRUCTION PROCESS WAS DISCUSSED WITH "SINOHYDRO" 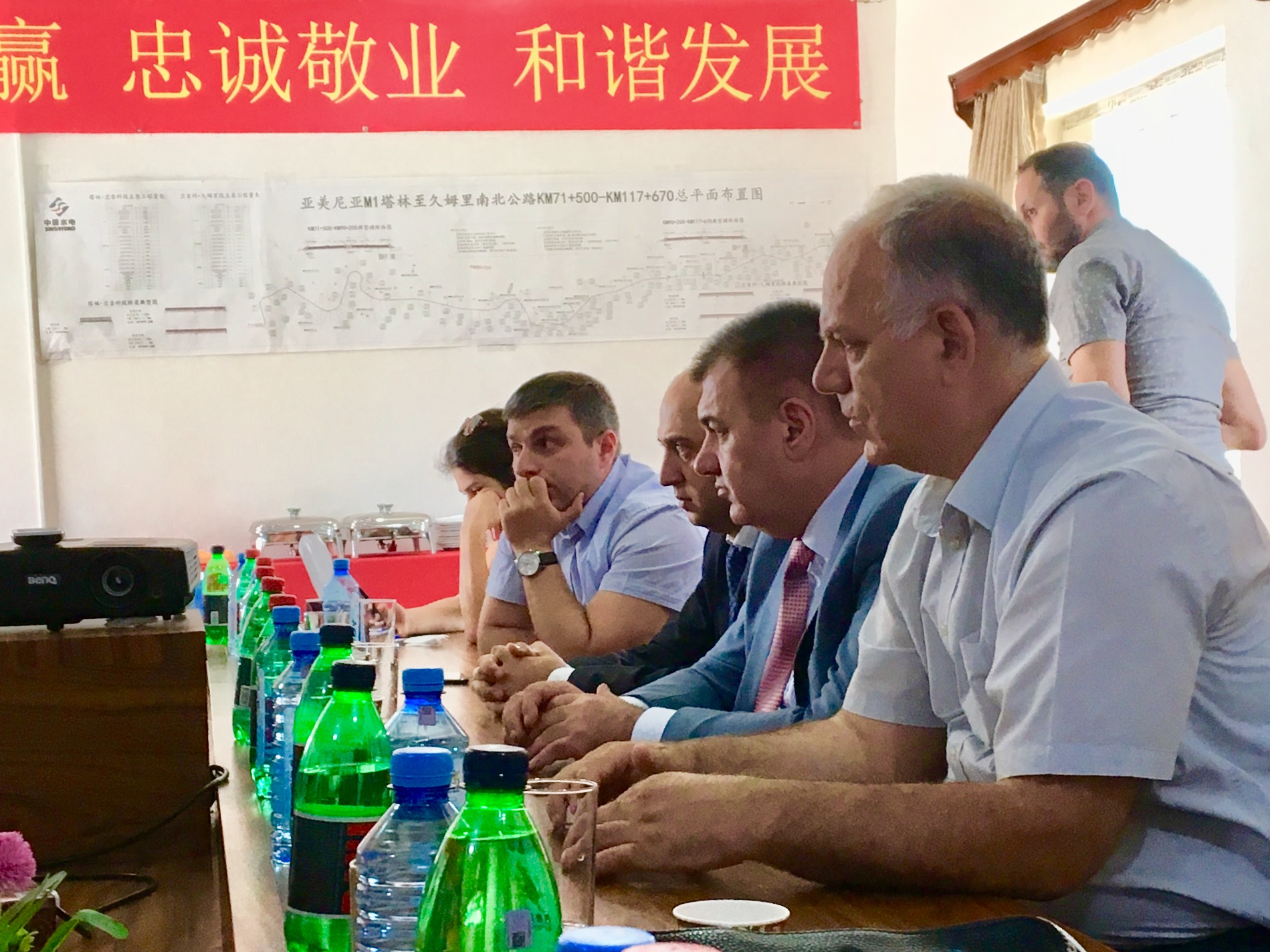 On August 13, 2018 Mr. Ashot Hakobyan, Minister of Transport, Communication and Information Technologies of the RA, Mr. Vazgen Petrosyan, Interim General Director of the "Transport Project Implementation Organization" SNCO, representatives of the Ministry and SNCO have visited the "Sinohydro Corporation" LLC office which is constructing the Tranche-3 of the North-South highway. They met the heads of the "Sinohydro" and the engineering team of the "Spea Ingengneria Europea S.p.A." and "IRD Engineering S.r.L".

The Minister got acquainted with the results of the assignments after the last meeting and the progress in the construction work.

Minister Hakobyan instructed contractors and engineers to collaborate closely, discuss and resolve each issue that may arise during construction. He also urged to make the most effort, even to work in the second shift, to increase the pace of work. The Minister also stressed that there should not be any non-working equipment on the construction site.

Mr. Vazgen Petrosyan noted that an action plan was discussed with the "Sinohydro" and the engineering team according to which the work should be carried out.

Mr. Hakobyan’s and Mr. Petrosyan’s next stop was at the Tranche-2. They met with the representatives of the "Corsan-Corviam Construccion S.A." and "SAFEGE".