Journalists Have Visited the North-South Highway 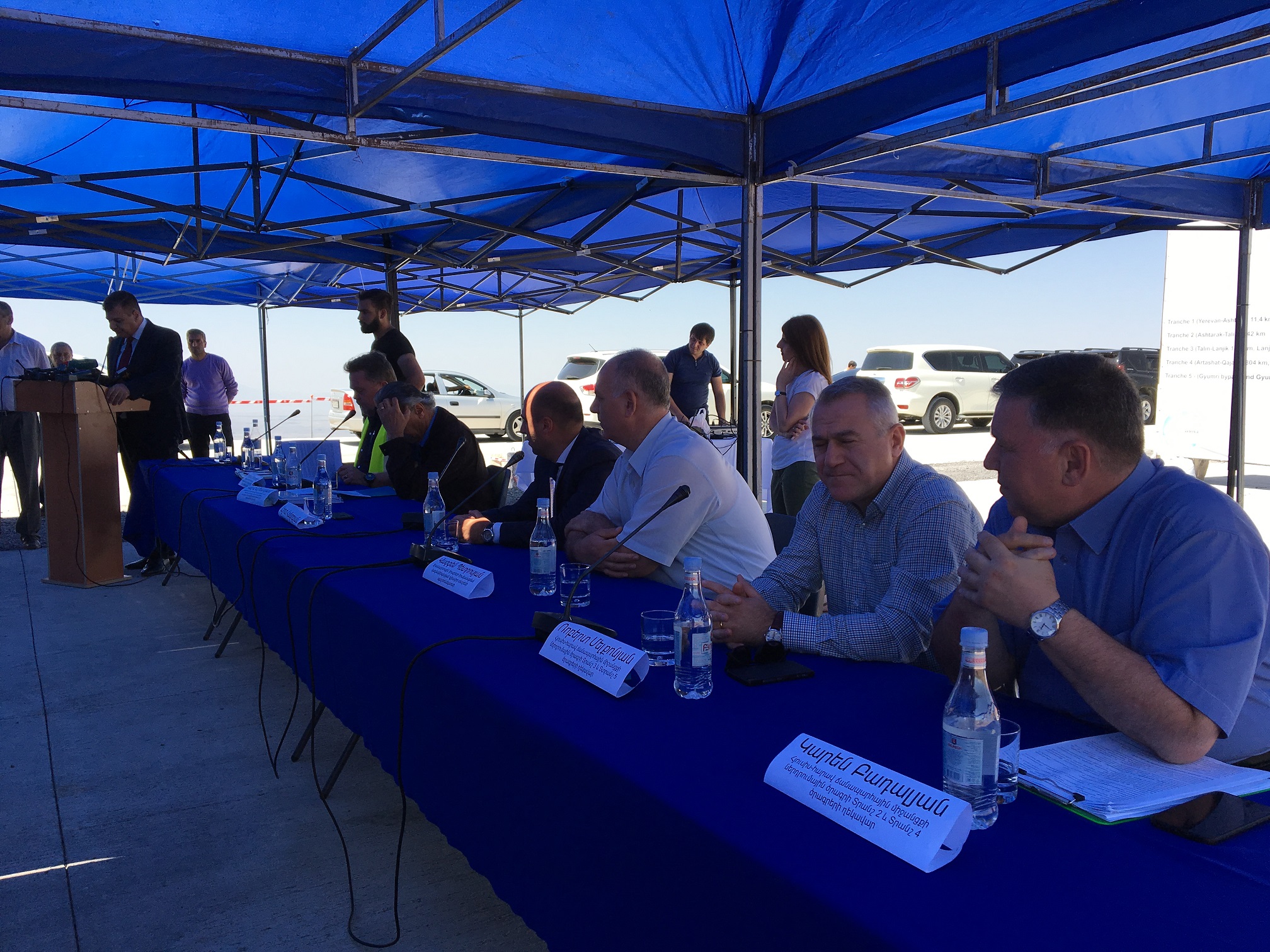 On July 18, 2018 the Ministry of Transport, Communication and Information Technologies of the RA and the "Transport Project Implementation Organization" SNCO organized a visit for mass media representatives to North-South Highway.

Mr. Ashot Hakobyan, Minister of Transport, Communication and Information Technologies of the Republic of Armenia, mentioned in his speech that the goal of the meeting is to open a new page in the implementation stage  of the North-South Road Corridor Investment Program. Mr. Hakobyan said that the meetings in such format would be organized regularly.

The Minister touched upon the most important issue related to the construction of the North-South road, that is the amounts  provided and expenditures made so far.  In this context, Mr. Minister emphasized that he did not want to talk about whether there has been any misuse of money . “That's beyond my powers, law enforcement bodies are dealing  with it. I think if there were violations, they will be revealed. I will do my best to exclude such offenses in future” said Mr Ashot Hakobyan.

The Minister also talked about the deadline of the North-South road construction. He noted that the North-South Road Corridor Investment Program is divided into 5 sub-projects (Tranches)and financing is available for only 3 Tranches . Only Tranches 1, 2, 3 and some part of Tranche 4 have funding. “Financing of the other sections of the road has not still  solved. So, if anyone makes a statement about the end of date of the construction of the road, it will not be serious. We can talk about it only when the whole funding issue is solved”, said Mr Ashot Hakobyan.

One of the most important issues is the road construction quality. The Minister noticed that there were defects in Yerevan-Ashtarak and Yerevan-Artashat road sections. The contractor has compensated the damages caused.

During the meeting the Minister and the present specialists answered the journalists' questions.