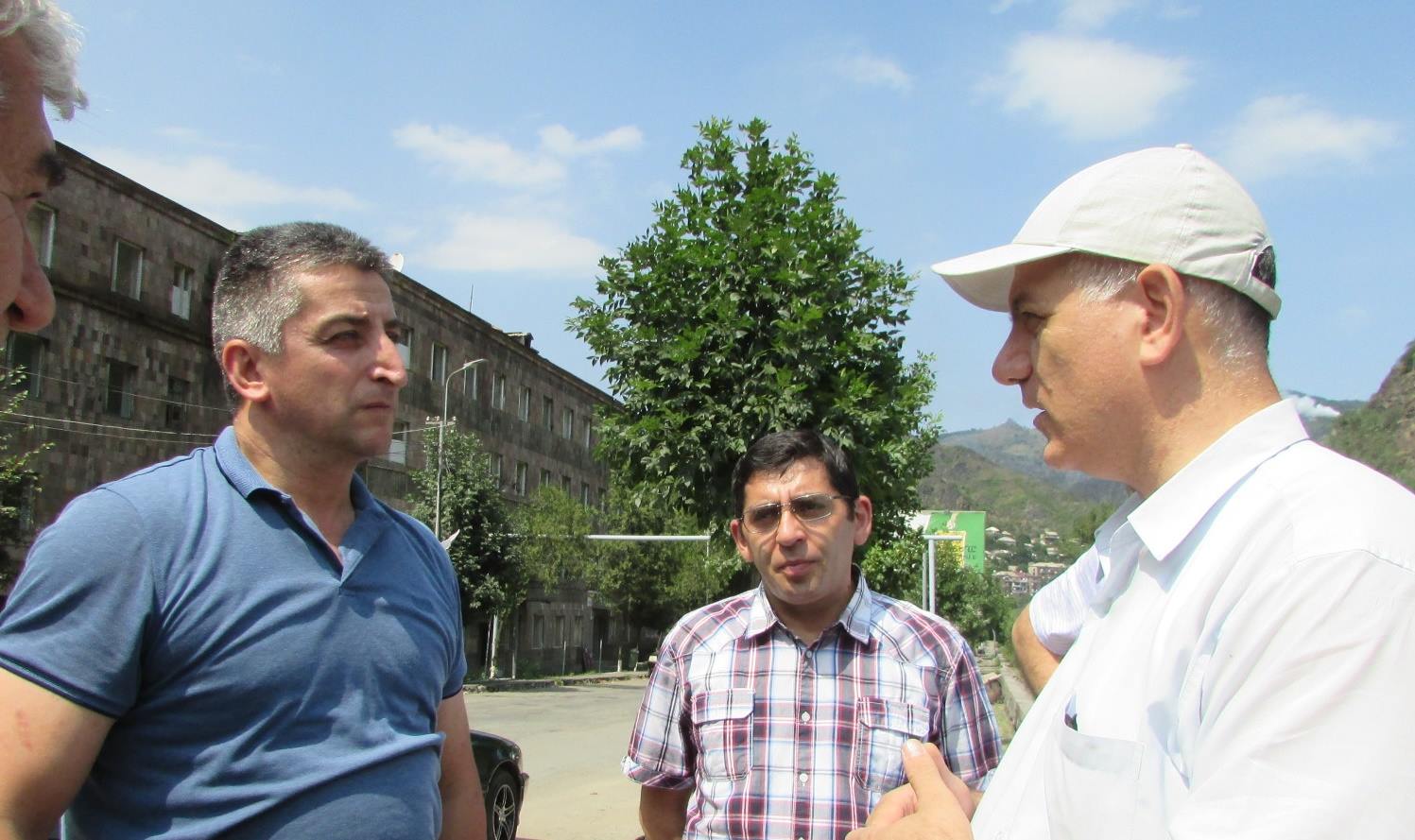 The reconstruction work of roads of the village Archis (Tavush region) is coming to the end.  On July 21, 2018  Mr Vazgen Petrosyan, Interim General Director of the "Transport Project Implementation Organization" SNCO, the representatives of the SNCO visited Archis to get acquainted with the work process. The reconstruction of the roads of Archis has become possible due to the additional financing under the "Lifeline Roads Network Improvement Project".

During the visit to Lori and Tavush regions the representatives of the Transport Project Implementation Organization got acquainted with the current status of the work of the M6, Vanadzor-Alaverdi-Georgia border Interstate Road Rehabilitation and Improvement Project.

The contractors presented a number of problems to Mr Vazgen Petrosyan. They informed that heavy truck hinder the work on the rehabilitated  highway. They noted that it would be preferable to organize the traffic of these trucks through bypass road before completing the civil works.

The contractors also expressed concern that the railway passing downstears the road can be damaged during earth and blasting works . To solve the problem, it was suggested to apply the latest blasting technologies.

Reconstruction of Alaverdi bridge over river Debed was discussed with Mr Sassoun Khechumyan, Alaverdi Mayor. Vazgen Petrosyan instructed the engineers of the Transport Project Implementation Organization to review the possibility of repairing the bridge and include it within the framework of the Vanadzor-Alaverdi-Georgia border Interstate Road Rehabilitation and Improvement Project.