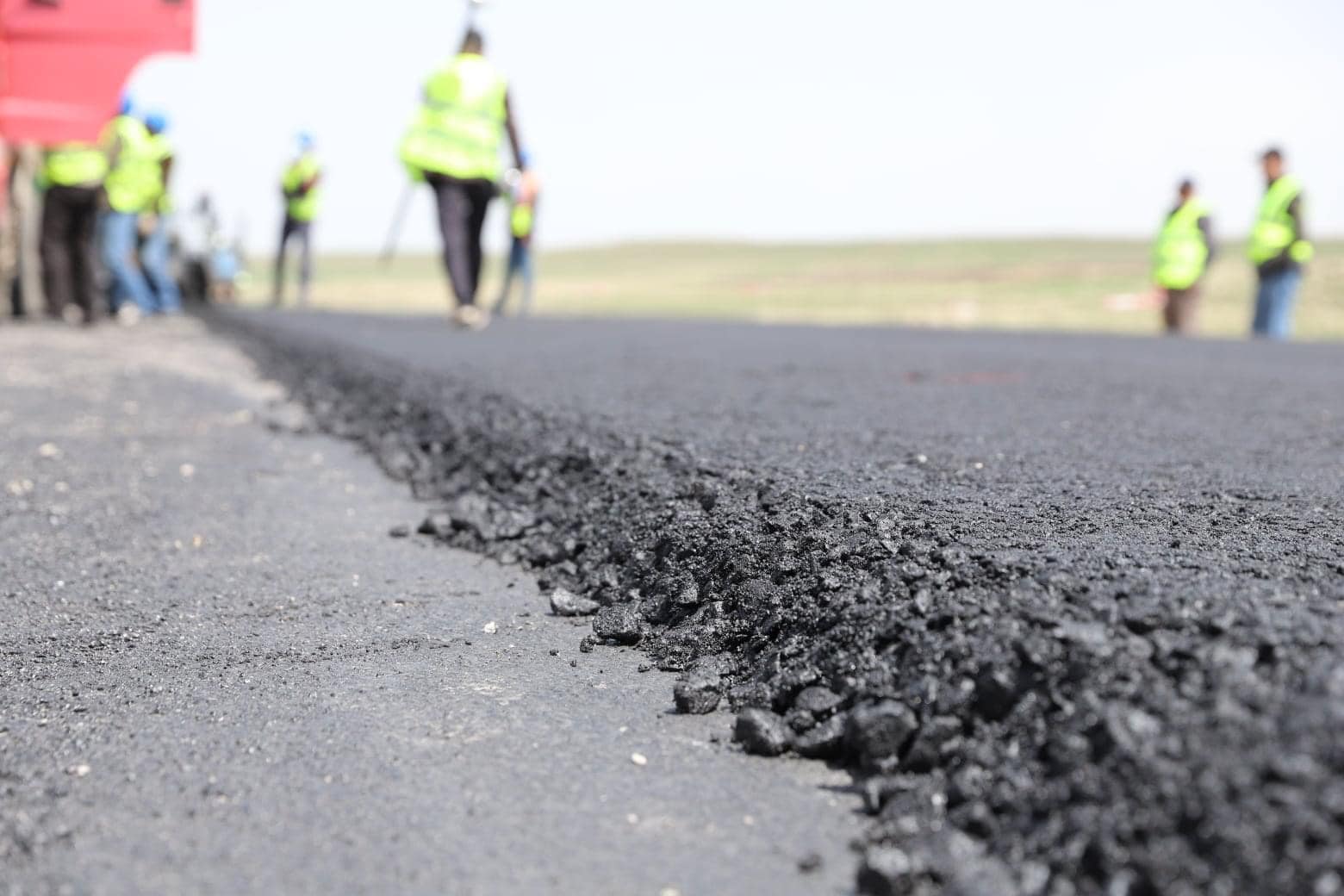 In April 2012, asphalting works were launched in one of the traffic lanes of Talin-Lanjik and Lanjik-Gyumri sections of the Tranche 3 (North-South Road Corridor).

Mr. Suren Papikyan, Acting Minister of Territorial Administration and Infrastructure of RA visited Shirak region on April 27 to follow up the construction works, get acquainted with the process and discuss labor issues. The Acting Minister, accompanied by the head of Shirak region Hovhannes Harutyunyan, the General Director of the "Road Department" SNCO Stepan Machyan, talked to the contractor and stressed the importance of timely implementation of the works.

The total length of Tranche 3 (Talin-Lanjik - 18.7 km, Lanjik-Gyumri - 27.5 km) is about 46.2 km. Some sections of Tranche 3 are being constructed, according to the new alignment, in some sections the reconstruction is being carried out on the existing road.